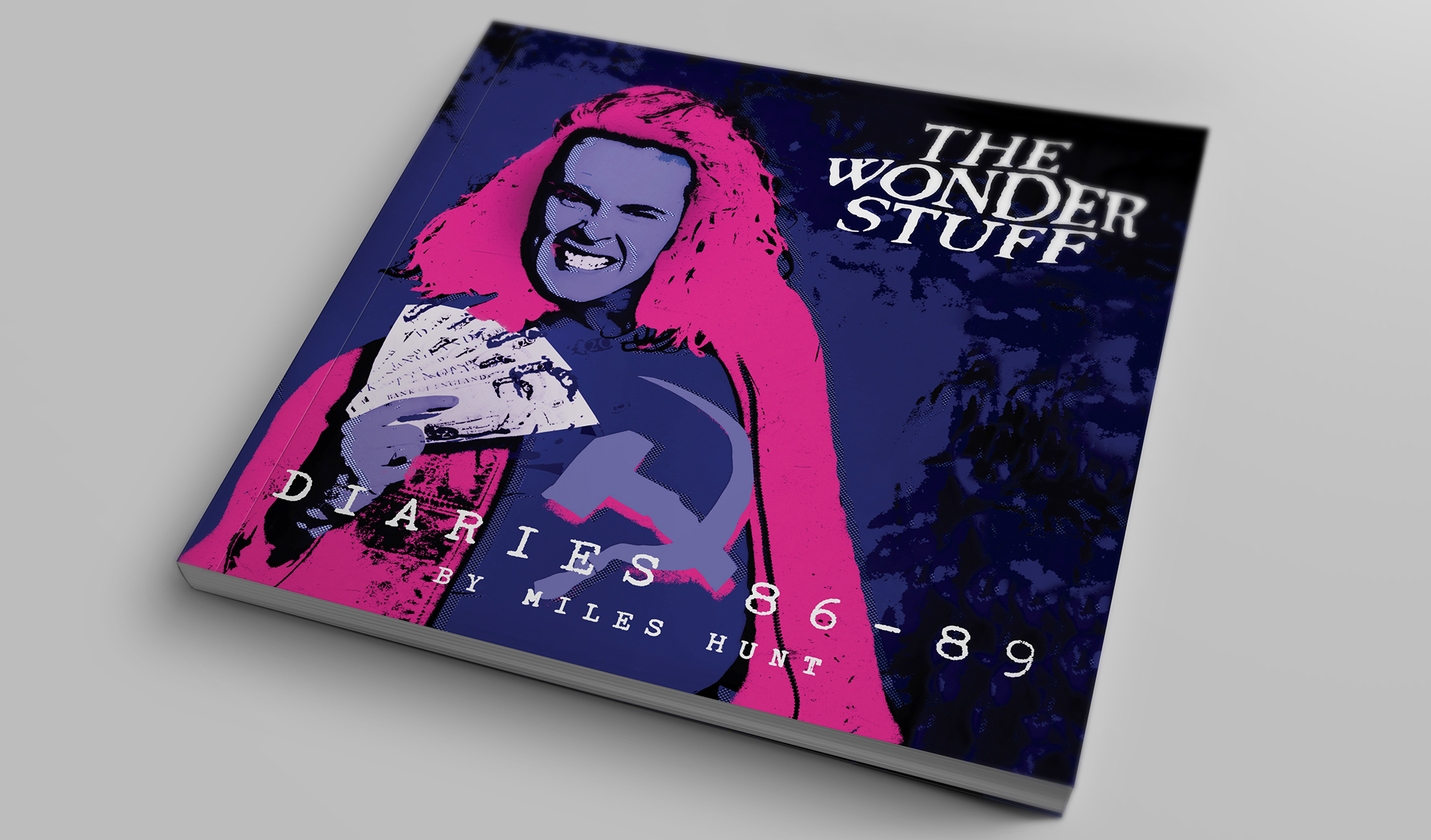 ‘I began keeping diaries right around the time that we formed The Wonder Stuff in March 1986. Around the same time I also began keeping scrapbooks of any press mentions we got, posters, flyers and back-stage passes, you know the sort of thing. The contents of this first book of mine are drawn directly from those diaries and scrapbooks, giving the reader not only a detailed look into what went on in and around The Wonder Stuff during it’s first four years, but also a detailed personal view of how I was feeling about our journey onto rock’n’roll’s uneven path.

I’ll make no bones about it, writing this book has been the most difficult thing I have ever done. As well as giving me a new found respect for anyone that has ever published their story, I feel that I have emerged from doing so an everso slightly better person. Finding the balance between what could be considered entertainment, and off loading some of the raw honesty that I felt I needed to, has been no easy feat.

I should add at this point that this is no tatty paperback book we are talking about here.  My good friend and designer, Phil Birchall, has created a thing of beauty from literally hundreds of scans that I have provided him with. The book falls somewhere between autobiography, journal and illustrated coffee table encyclopaedia of The Wonder Stuff.’

Copies of the book can be ordered from the online store.  Miles has also now started working on the next volume to be released later in 2016.