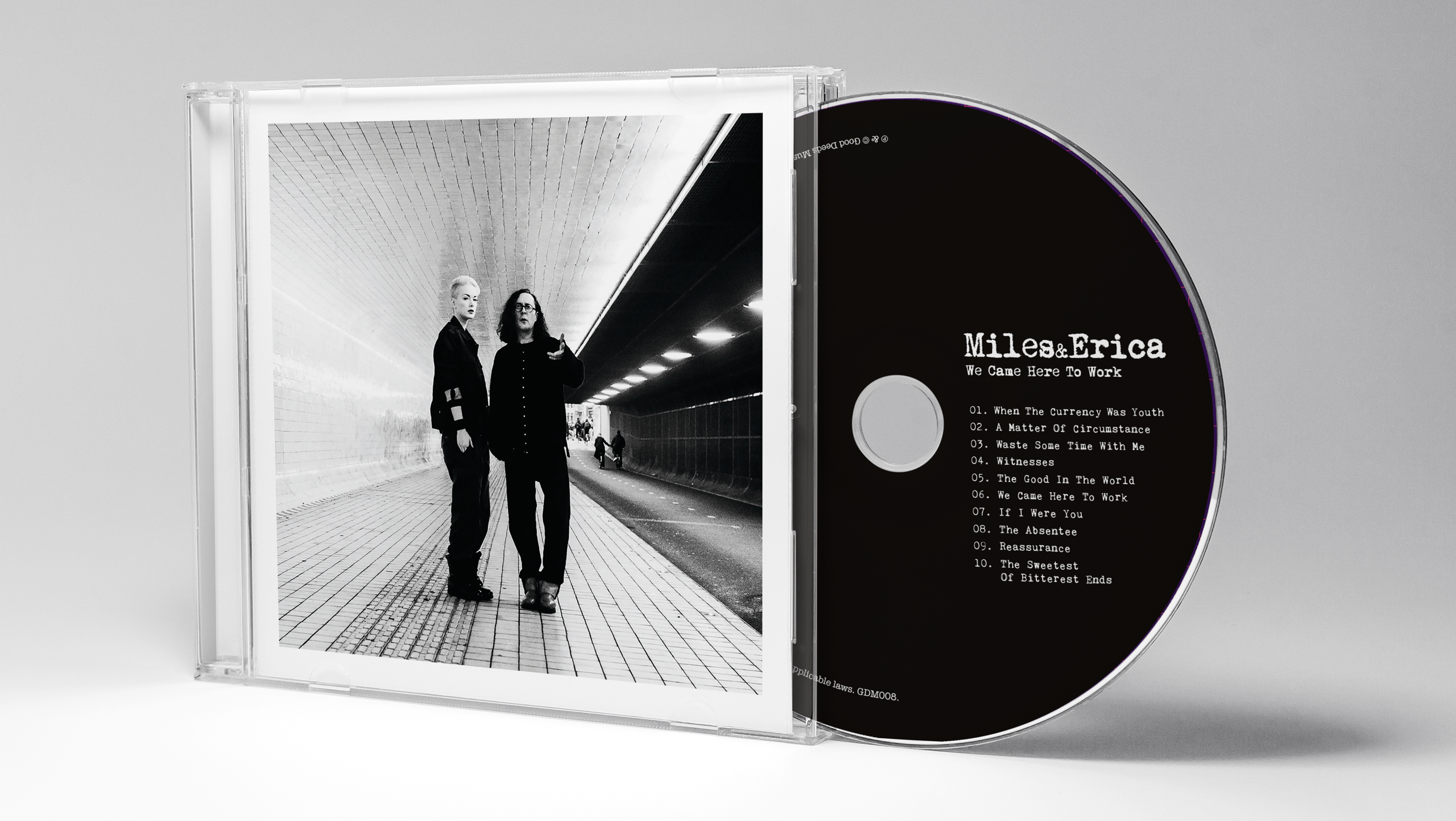 A note from Miles himself:

On the 9th of September Erica and I will release our first duo album in quite some time. It is called ‘We Came Here To Work’ and was written and recorded between February and June this year.

The last album that The Wonder Stuff released managed to enter the UK album charts, wouldn’t it be nice we could manage such a feat with this release? You can pre-order your copy, CD or clear vinyl, here;