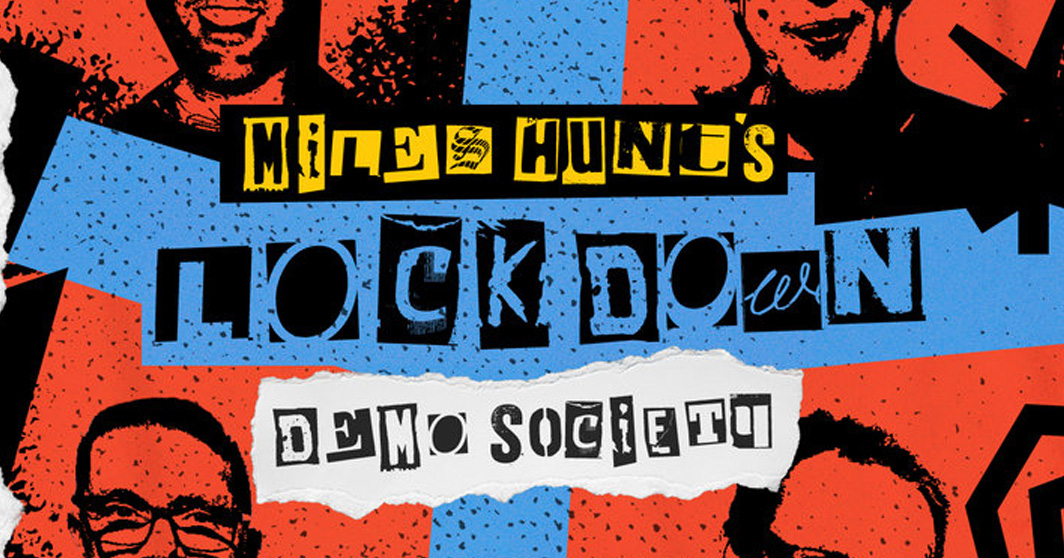 What you will find over at ‘Miles Hunt’s Lock Down Demo Society’ is an ongoing collection of songs that Miles Hunt, Luke Johnson and Morgan Nicholls have been working on during the lock downs.

Miles says: “Just because we have no other option other than to stay home that doesn’t mean our heads aren’t full of ideas to create new music and play our respective instruments. And given the egos on us, we want to share with you what we come up with.

Luckily the three of us have built up enough home recording equipment over the years to be able to scratch that itch.

And where are those homes? I am in South Shropshire in the UK. Morgan is also in the UK, at home in London, and Luke is out in Arizona, USA.

For a one-time fee of £20.00 you can join us on Bandcamp in our little demo society and have access to the music we are creating. Each time we complete a new demo – and that is what they are, demos of songs to be recorded in a studio, with a producer at the helm, at a later date – I will upload not only what we consider to be the completed demo but also the preceding recordings of how we got to that finished article. I’m aiming to put a new song up every ten to fourteen days or so for as long as our creative juices are flowing.

The money that we raise from this endeavour will go toward the recording of an actual record later down the line.

Initially I had only started to write and demo songs for a future Vent 414 record. However the band’s mighty powerhouse of a drummer, Pete Howard, is currently unable to record or program drums at his home, which led me to seek the help of Luke Johnson.

Luke and I have known each other now for thirty-five years, him being the son of The Wonder Stuff’s first manager, Les Johnson. He is a truly remarkable drummer and has enjoyed an international career behind the kit with a variety of rockin’ bands. He is also something of a multi-instrumentalist and songwriter. When not out on the road he is often to be found beavering away creating his own music in his home studio.

As luck would have it at the time of my asking Luke to program drums for the new Vent 414 songs he was also sitting on a bunch of instrumental tracks that needed vocals adding to them. I offered my services to write lyrics, find the vocal melodies and add my nasal whine to his tracks. He accepted.

So what you will find are two separate streams of songwriting; the songs that I initiate for the future V414 record and the songs that Luke and I have worked on together for an, as yet, unspecified project.

I hope you get a kick out of what we’re doing, it’s great for us to know that our efforts will be getting out there to you in an almost ‘real time’ fashion.

My very best wishes to all of you and thanks for looking in on us. Stay well.”